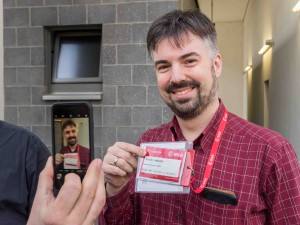 My research is mainly situated within International Relations and Peace Research, broadly understood.

I am currently working on the following topics:

The Territorialization of Empty Space

Political space is being reconfigured nowadays, e.g. through the decentering of the ‚container state‘, a decoupling of territory and sovereignty and an extension of geographic conceptions of space into more relational and constructivist directions. This provides the theoretical background to my research on how the international system territorializes „empty“ space. I have worked on the territorialization of cyberspace, the high seas and the Arctic, with more work on outer space and deep seabed to come. Comparing these cases shows how all of these spaces are undergoing processes of enclosure and parcelization into functional territories. My explanation of these processes brings together technological affordances, economic incentives and great power strategies.

Transformations of the Digital State

Agents and Agency in international Hierarchies

The postnational constellation has changed how agency is being claimed and apportioned in global politics. More and more actors are recognized as ‚global governors‘ (in the words of Avant, Finnemore and Sell) today and are able to participate in global politicymaking processes and political arenas that used to be closed shops in the past. The examples are well-known: non-governmental organizations, corporations, epistemic communities, social movements, cities, and more. But how can we explain this rise of non-governmental actors since about the 1980s? To make sense of this trend, I combine top-down and bottum-up explanations. From a top-down perspective, there is a „governance of agency“, i.e. powerful gatekeepers and political structures determine who gets to be recognized as an agent within a particular context. From a bottom-up perspective, there is scope for resistance, appropriation and self-empowerment. Bringing these perspectives together, I focus on the case of resistance movements as international political actors.

From 2015 to 2019 I was PI of a project on the long-term impact of nonviolent resistance on democracy, funded by the German Research Foundation (DFG). We found that nonviolent protest during transition not only led to better odds of survival for the resulting democracy but also to higher levels of democratic quality. We also conducted six case studies of consolidating democracies in Africa and Latin America to explore that causal mechanisms that lead to this effect. We identified three main mechanisms how nonviolent resistance affects democratic consolidation as compared to other forms of democratization: it levels the political playing field, it creates a more democratic political culture and it avoids problematic civil-military relations. The monograph summarizing our finding has been published by Palgrave Macmillan in 2020.

I have also worked extensively on fragile and failed states. From 2011 to 2014 I was PI of another DFG-funded research project on the causes of state collapse, where we combined Qualitative Comparative Analysis with process-tracing to identify combinations of causal factors leading to the collapse of fragile states.

Other past projects includes work on peacebuilding and statebuilding in post-conflict societies, on fragile states and development policy, and on teaching and learning in political science.