The Territorial Practices of Digital Communities 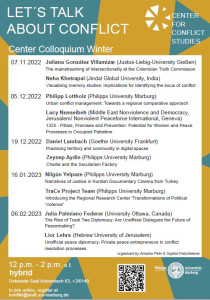 On Monday (19 December 2022), I will give a talk at the University of Marburg’s Center for Conflict Studies as part of its Winter Colloquium series. It’s a hybrid event, so if you want to sign up, make sure to register! I will, of course, make the trip to beautiful Marburg to see the new buildings that the Faculty now inhabits.

The topic is „Practicing Territory and Community in Digital Spaces“. This brings together several long-standing interests of mine: territory as practice as well as the spatiality of the digital. But, this being a conflict research institute, I will mainly focus on territory as a social technology for, among other things, boundary management of communities.

The main example of my talk will cover the territorial practices of subreddits, i.e. forum groups of the website reddit.com. I’ve published a longer blogpost (in German) last year at the SFB 1265 blog and I want to highlight some of the most interesting (and funny) bits here and in next week’s talk.

Differentiation from other subreddits can be communicated visually through banners, background images, fonts and icons. Socially, this demarcation takes place, for example, through the fact that in some subreddits only members of this specific community are allowed to comment or post. Language and symbols (especially memes) are also used for social demarcation against outsiders. And last but not least, the characteristics of a subreddit community are influenced by the exercise of control, e.g. though moderation policies.

The case I’m most familiar with is the r/de subreddit, which is a general-topic German-language subreddit for users from Germany, Austria, Switzerland and „that one Belgian guy“, as the subreddit description says. It has over 400,000 subscribed users and sees dozens of new posts each and every day. Among other territorial practices, my favorite is the emergence of a subreddit-specific language that newcomers have to get accustomed to before they can be considered to be part of the group. Some of the most common Germanized phrases include:

There’s more to be said about r/de, especially its relations with other subreddits and the behavior of r/de users elsewhere but for that I’ll refer you to next week’s talk or the blogpost.